Skip to content
Build notes aplenty the biggest thing to remember is that when you are building the video switches from overhead front to the photos in the instructions being behind to the side.  So if you’re spatially oriented/aware like I am this can prove to be very disorienting.  I made a mistake on step five or six by putting the back plate on reversed.  If you are looking at your printerbot front then the big hole for the back plate goes to the right.  This step correct will save you what I had to do by tearing apart the base and rebuilding it after I already finished the entire build.

First prints… they look good.  My first print was too hot, I didn’t realize I messed that up with the slic3r commands so it was going from 185C to 200C.  After I realized this mistake the second test print looks great.  There are still two things to fix on it: 1) leveling the print bed.  2) adjusting the end stop so that the nozzle can get close to the print bed and knows where it is.  I have this working well, once the print bed is leveled it’ll be better.

I’ve been reading voraciously on the printrbot forums along with recalling every article I’ve ever read about how to make smoother prints.  This is a slow and tedious process for someone with ADD.

Another note: if you forget to glue on the Z end stop at the beginning of the build you can do so at the end then use a ziptie to hold the end stop in place while it dries.  This works quite well.

I have noticed that Pronterface and Slic3r seem to draw a lot of processing power on my Mac.  This isn’t a bad thing, but it does slow down the entire machine; so some of the gcode calculations make the hamsters pant a little bit.  None of the calculations I’ve done have stopped or locked up the machine or take more than 30 seconds to finish.  Some of the things from thingiverse aren’t coming about when I create the gcode for them; so when I load them in Pronterface they are all messed up.

Here are some of the pics of the first test prints.  Note that the one on the left is the first print at 200C instead of 185C which makes a difference in adhesion, droopiness, and height. 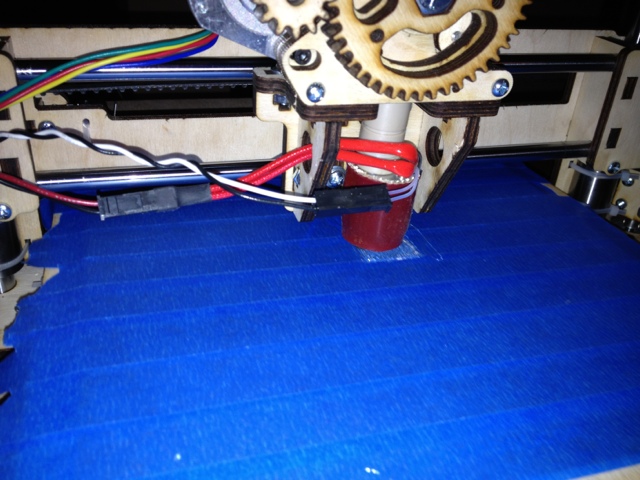 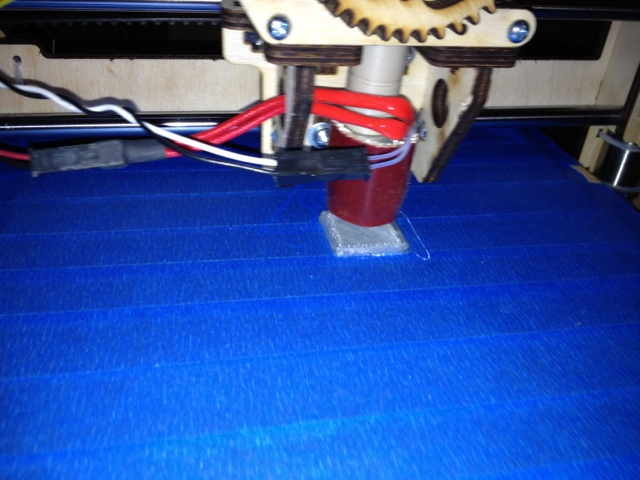 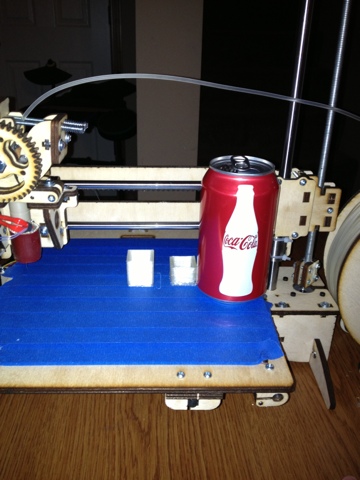 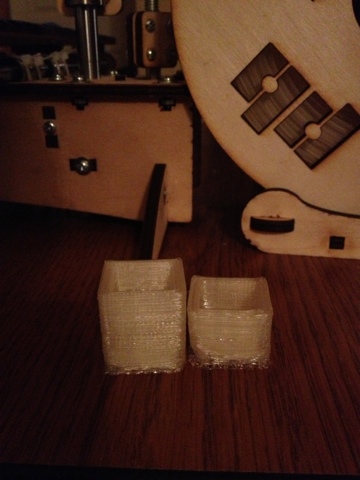 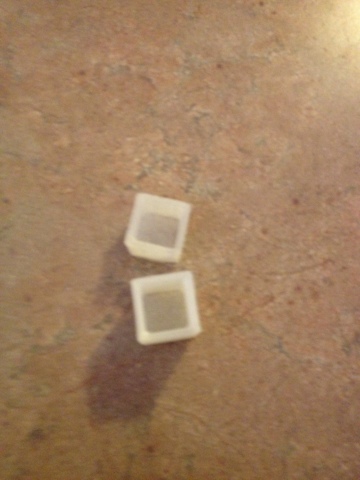 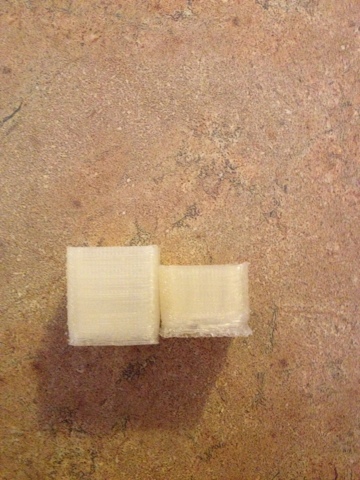 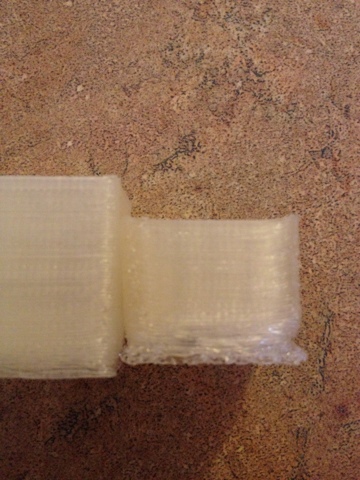 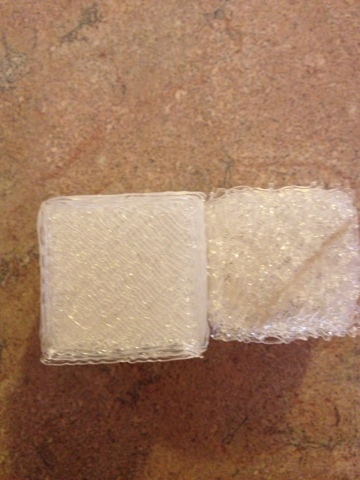 This is the second build (the rebuild) – note that the large round hole is on the back right if you’re facing the front of the printer…and the z end stop hole is on the back left of the printer (see the large hole on the right side of this pic…then the small hole towards me is the z end stop.  Having the back plate backwards made the top plate backwards which made the rest of the build off.  It all fits together, but is not functional.  The Y end stop should be on the front left (the two small holes on the back right 1/3d of this picture 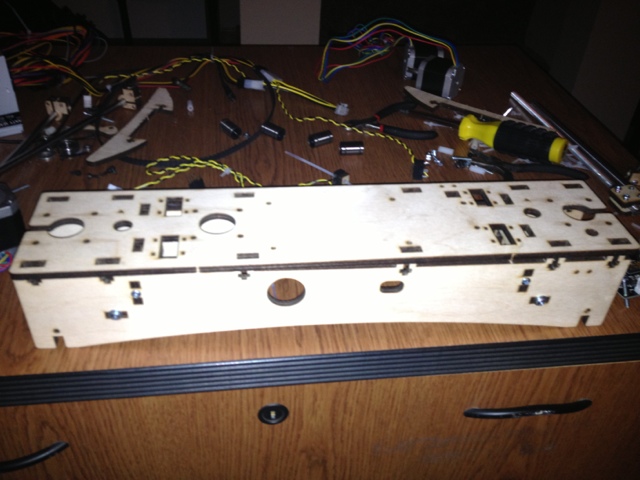